By Paul Holper, Director of Scientell

Recently Scientell won the 2016–17 Monash Business Award in the Micro Business category. My co-Director, Simon Torok, said in his acceptance speech in front of a packed ballroom, ‘We were delighted to have been nominated for this award – and we nominated ourselves, so imagine how excited we are to have actually won.’

A business coach suggested that we enter the award. It was excellent advice, but not just because we won. The entire process of entering, being assessed and then attending the awards night was invaluable for us.

For starters, the nomination process helped us dispassionately assess our business, its activities and ambitions. We had to ask ourselves what our main focus was, what our objectives are, and how we can simply describe the business in a few sentences.

The judging process included making a short presentation at a lunch where we met other small business owners. This led to us catching up with a number of them over the ensuing weeks to share business ideas and look for opportunities to collaborate in future. As any small business owner knows, success comes from relationships. The Monash Business Awards introduced us to lots of people.

Of course, winning generates valuable publicity opportunities. It helped us highlight the value of communication of environmental, scientific and technical information. But even if we had known at the outset that we would not win, we would still have entered, such was the value of the process.

Sponsored by the City of Monash, the Monash Business Awards serve to ‘promote business success and excellence through the recognition of significant achievements and innovations’. The City of Monash, with almost 200,000 residents, is one of Victoria’s most populous municipalities. There are 18,000 businesses in the area. 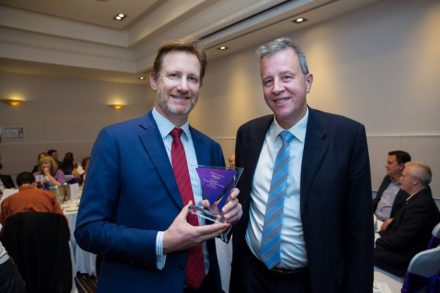