Eighteen months into his role, Cris will share his experiences of running a science centre and cultural institution on a shoestring budget. He’ll discuss the practical side of communicating science to Australian audiences, how we stack up against the big-name institutions and emerging economies, and new models for science centres: for instance, centres with no permanent exhibitions and centres solely devoted to the art-science intersection. 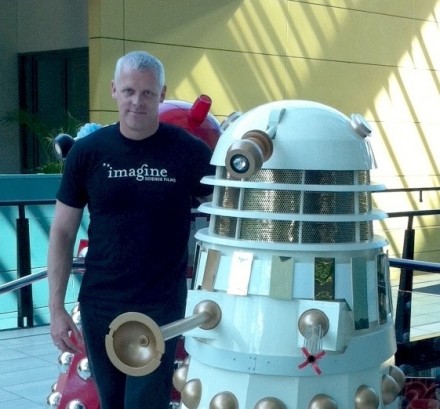 WHEN: Friday 21 September 6:30 pm (for about an hour)
WHERE: City of Sydney RSL, 565 George Street, Sydney (2nd floor function room)
COST: Free
WHO: Cris Kennedy began his career in the film industry working for boutique film production and distribution company Ronin Films and Beyond Films. Escaping the film industry, he did degrees in Journalism and Curatorship and has worked as a Science Communicator for the CSIRO for 12 years. Currently the Director of the CSIRO Discovery Centre in Canberra, Cris found he couldn’t escape film after all: he is the Director of SCINEMA Festival of Science Film, and contributes to The Canberra Times as a freelance film critic and writer.