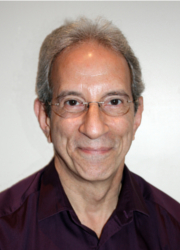 Dr Jesse Shore is the Principal of Prismatic Sciences, and was ASC president from December 2009 to November 2012. He noted that science was becoming increasingly politicised during his tenure.

“In 2010 the ASC welcomed the increased emphasis by the federal government to engage all Australians with science. In stating their intentions they recognised that effective science communication would play a central role to achieve their goals.

“Other influences during 2010-2012 were the rapidly evolving forms of data visualisation, apps and games and their increasing use as a tool to communicate science. Social media continued to grow in importance, and the NBN offered future hope – but not short term use.

“I’m pleased that [during my time as president] the ASC developed increasingly closer working ties with the Inspiring Australia Strategy of the federal government. The ASC partnered with various groups to carry out projects funded by Inspiring Australia.”

Dr Shore believes that technology will shape science communication in the future.

“Science communication will have to adopt and adapt to new technology such as 3D printing and people’s increasing interconnectedness though mobile media. We’ll need ways to reach audiences who are becoming increasing fragmented into smaller and more diverse niches (many of which overlap in some way).”

Jesse’s interest in Science communication grew out of a practical need early in his life as a scientist.

“I wanted to be a scientist ever since I was 12 years old and I succeeded, becoming a geologist. As a post-grad in California, I enjoyed my research but found that talking about its arcane details caused instant ennui in the listener.

“So, I gradually learned that whenever a pretty gal at a party asked me if I studied earthquakes I would lie and answer ‘yes,’ which would generally develop into an enthusiastic conversation. After many dates I am still improving how to lie about what I do.”

Jesse will be speaking at the BrisScience Storytelling of science event on Sunday 2 February. http://2014conf.asc.asn.au/the-storytelling-of-science/

“I’ll talk about my circuitous path to becoming a science communicator (theatre was involved), my approach to creating a story, and go through one or two science stories from my museum exhibition work. I think a tennis racquet may be involved.”