The AGM was preceded by the seminar “A Comic Approach to Writing Science” by Dr Joan Leach, Convenor, Science Communication Program, University of Queensland. Joan discussed writing in popular science comic strips, using the long-running “Frontiers of Science” comic strip to illustrate some of the more general issues with popular science. This discussion was illustrated with examples from the strip and there was time for participants to try their hand at writing popular science in comic form.

Moving to the University Club, ASC members gathered for the 2013 Annual General Meeting. Wiebke Ebeling, Acting President welcome everyone and introduced the committee. The (Acting) President’s and Treasurer’s reports were presented and national representatives (Sarah Lau and Pete Wheeler) also gave an overview of the activities of ASC on a National level. The election of new committee was then undertaken with the following members voted: Teresa Belcher (President), Wiebke 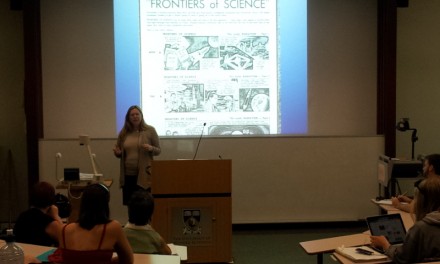