Communicating complex topics such as climate change, human health, water  management and biotechnology can be challenging. Scientists and their organisations often need to manage attacks on credibility, mistrust and misinformation. So who is working with scientists to help them communicate their research and participate in the
public and political debate? Peek behind closed doors and you will often find science communicators.

Science communication is a growing discipline and a critical element of public engagement. For this Australian Science Communicators, Inspiring Australia and CSIRO Discovery event, we’ve grabbed the people from behind those closed doors so you can come and find out what motivates them and how they do their jobs.

If you’ve ever wondered how successful science communicators learned to master the art of conveying the complexities, relevancy and potential implications of new scientific knowledge, then this interactive forum will give you a glimpse into the careers of six (that’s right, six!) passionate science communicators in the ACT. They will share their experiences, both good and bad, in communicating science to various audiences and reveal the challenges of understanding the needs, expectations and concerns of specific audiences.

This event is aimed at science communicators, researchers, scientists – at all levels – who are interested in learning about what practicing science communicators do in their day-to-day working lives and why it matters. It will also provide attendees with a forum to explore networking opportunities.

Time: 5:45pm for a 6pm start. The event will run until about 7:30pm with nibbles and drinks provided after the event

And: lucky-door prize for members

Kylie Walker is Director of Communications and Outreach at the Australian Academy of Science. After more than a decade in mainstream journalism in Sydney, Perth and the federal press gallery, she has spent the past six years as a Canberra-based communications professional advocating on the federal political and media stages for not-for-profit and membership groups in the health and science sectors.

Simon Copland is Science Communications Officer in the Colleges of Medicine, Biology and Environment; and Physical and Mathematical Sciences at the Australian National University (ANU). He is experienced in a range of science communication activities and is currently studying his Masters in Science Communication. He is also an active writer – he is the political editor of FUSE Magazine and has published material in ABC’s The Drum, New Matilda and the Sydney Star Observer.

Chris Cassella is Managing Director of ScienceAlert Pty Ltd, an ex-Microsoft programmer and failed neuroscientist. Over the last five years, he has transformed ScienceAlert into the #1 provider of science news on Facebook. With almost two million fans worldwide, ScienceAlert’s Facebook page is more popular than the Wall Street Journal, Time
Magazine and the Economist. Chris is a strong proponent of Facebook as a platform to inspire and engage young people around the world with science.

Janet Salisbury has a background in cancer research and 10 years of postdoctoral research experience. Since 1990, she has built up her own company, Biotext, a science information consultancy specialising in health, biomedical science, agriculture and the environment. Janet’s work has covered topics such as evidence-based medicine, infectious diseases, air and water quality, and sustainable development.  She has an interest in the interaction of scientists, decision makers and the public in the development of science policy.

Mary Mulcahy is Communication Manager for CSIRO’s Energy Group. She has oversight of the Energy Group communications strategy, and leads a national team responsible for communicating about the outcomes from CSIRO energy research to government, industry and community. After completing a science degree, Mary’s first job was as an ecologist with the Tasmanian Inland Fisheries Commission looking at instream flow requirements for four major Tasmanian rivers.   After a stint as a high school teacher, and completing a Graduate Diploma in Science Communication, Mary worked in a range of education outreach programs including managing the Graduate Diploma in Scientific Communication at ANU and Questacon and then took on the challenge of helping to set up a similar interactive science centre in Malaysia. Following that, she managed the science outreach centre at the University of New South Wales and then joined the University of Technology in Sydney to manage research communications across the University.

Toss Gascoigne is a consultant specialising in science communication, and with broad experience working across all disciplines. He has served as Executive Director for three national organisations over the last 15 years: the Federation of Australian Scientific and Technological Societies (FASTS); the Council for the Humanities, Arts and Social Sciences (CHASS); and Australian Science Innovations (ASI). Toss is a former President and life member of Australian Science Communicators and the inaugural President of an international group called the Network for the Public Communication of Science and Technology (PCST). Since 1995 he has regularly published articles, book chapters, policy documents and commentaries on matters relating to science communication and science and research policy.

PROUDLY BROUGHT TO YOU BY: 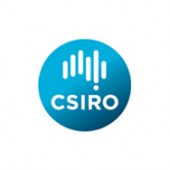 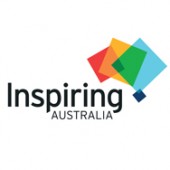