Thinking fondly of ASC14? Like to continue conversations you started there?

Or, if you didn’t go, perhaps you’d like to catch up with folks who did.

It’s about time we had an ASC get-together in Sydney, so here it is. All welcome.

Our gathering place will be Mezbah, a bar and cafe at Railway Square, Sydney. (It’s at 2 Lee St, Haymarket, just at the end of the Devonshire St tunnel, before you cross the road to the bus interchange.) Banish the blues of a Sydney winter! Join other ASC types in the warmth of the Fireplace room at Glebe’s Toxteth hotel for a night of science trivia and, of course, your choice of tipple. Non-ASC friends and partners are welcome.

For members we’ll also be having a quick and painless annual general meeting of the NSW branch. This is a chance for you to have your say about what you want from the organisation.

The Toxteth is at 345 Glebe Point Road and can be reached by bus or tram.

Cheer squad or critic? Awareness raiser, crusader or watchdog? What is the role of science and medical writers today?

Join us for a discussion on this, and more, by a panel of expert science and medical writers in Sydney on 17 May. This is a joint event of the Australian Science Communicators and the Australasian Medical Writers’ Association.

As well as the role of science and medical writers they’ll be covering:

This session is for anyone who cares about the public discussion of science and medicine.

Drinks and nibbles start at 6 pm, discussion begins at 6:30 pm (for about an hour).

Seating is limited and bookings are essential:
http://scienceandmedicine.eventbrite.com.au/

Cost: Free for ASC and AMWA members; $10 for the general public

Jane McCredie is an author and journalist specialising in science and medicine. She is co-editor with Natasha Mitchell  of this year’s anthology of The Best Australian Science Writing and writes a weekly blog on medicine for the Medical Journal of Australia’s electronic sister publication, mjainsight.com.au. Her book on the science of sex and gender, Making Girls and Boys, was published in Australia in 2011 and in the US (under the title, Beyond X and Y) in 2012. The former popular science publisher at NewSouth Books, Jane is now executive director of the NSW Writers’ Centre.

Michael Slezak is New Scientist’s Australasian correspondent. Since starting there a year ago, he’s written about everything from dinosaur footprints to space mining, and covered every twist and turn in the Higgs boson story. Before that, he spent two years as a medical journalist at Reed Business Information and studied and taught philosophy of science at the University of Sydney.

Bianca Nogrady is a freelance science journalist, broadcaster and author, who is yet to meet a piece of research she doesn’t find fascinating. In nearly a decade of freelance reporting, she has written for publications including Scientific American, The Australian, Ecos magazine, Australian Doctor and the ABC’s health, science and environment websites. She is also author of The End: The Human Experience Of Death (in bookstores this month) and co-author of The Sixth Wave: How To Succeed In A Resource-Limited World (2010).

ASC NSW branch is having a get-together in Sydney on Friday 15 February, and we’d love to see you there.

If you’re a member, we’ll shout you a drink. If you’re not, come along and join! (Or just come anyway.)

We’ll be in the level 2 bistro.

Entry to the RSL is free: you just need to sign in.

ASC NSW will be holding regular meetings for members in 2013 — a mixture of special events and social get-togethers. They’ll generally be on the third Friday of each month (apart from the December meeting).

To round off the year, we invite you to join in some old-fashioned fun — board games such as Pictionary, Scrabble, Monopoly and more — at Norita cafe in Sydney.

As well as unlimited games all evening, we’ll shout you a free drink and one free item from the menu. (Norita specialises in desserts.) Of course you can buy additional food and drinks from the menu. (However, you can’t bring your own in.)

As this is a subsidised event, we may have to put a cap on numbers. So please do let us know if you’re coming.

Norita is not licensed, and you can’t bring in alcohol. But if you want to hit a bar or a pub afterwards, there are plenty in the neighbourhood.

A confession: I have mould in my bathroom. But if I followed the advice of tonight’s guest, I probably wouldn’t.

Join us for an intriguing evening of practical pleasure with Martyn Robinson, a naturalist and science communicator from The Australian Museum. He’ll be dispensing advice on:

And if there’s time we’ll be venturing into the world of plants, too.

So come along, enjoy and meal and a drink before the session starts, and go home knowing you’ll never have to do quite as much housework again.

Frogs, bees, spiders and butterflies are all grist to Martyn Robinson’s mill. He has designed and managed outreach activities; has written, lectured, researched for and consulted to a long list of media outlets and interest groups; and, amazingly, still finds time to write books, articles, journal papers and field notes … 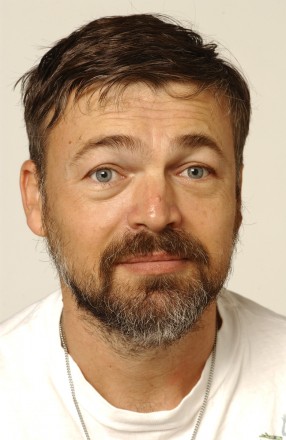 Eighteen months into his role, Cris will share his experiences of running a science centre and cultural institution on a shoestring budget. He’ll discuss the practical side of communicating science to Australian audiences, how we stack up against the big-name institutions and emerging economies, and new models for science centres: for instance, centres with no permanent exhibitions and centres solely devoted to the art-science intersection. END_OF_DOCUMENT_TOKEN_TO_BE_REPLACED

Want to learn how to make a short science film?

Got an iPhone (or iPod Touch)?

Then this workshop is for you!

The Australian Museum, Australian Science Communicators and the Apple Store, Sydney, are offering up to 16 lucky people the chance to get some guidance on science filmmaking. This workshop is open to anyone aged eight and up. It is part of the Australian Museum Science Festival, and booking for the workshop gives you access to the other Festival activities.

What:
First up, science filmmaker Daniel Keogh will talk about how to make science films and show examples of his work. Then you’ll be let loose in the Australian Museum to get footage on your iPhone (or iPod Touch). After that, you’ll head over to the Apple Store (as a group): here staff will help you download the footage and help you edit it in iMovie. And at the end you’ll have a finished 5-minute science film to take away.

How to book a place:
First, book online for Festival events at http://australianmuseum.net.au/event/Australian-Museum-Science-Festival. Then, turn up early to claim a place in the workshop. There are eight (8) computers for editing: two people can share a computer if they wish.

What to bring:
• Your iPhone or iPod Touch
• A flash drive (to take your film home)
By the time you come to the Apple Store, you should have about 30 min. of raw footage on your phone that you’ll edit into a movie. You can bring footage you’ve shot before the day of the workshop, or you can shoot it all at the Museum.

The competition:
Leave a copy of your film with us and judges from the Australian Science Communicators will pick the best. If it’s yours, you’ll win a Looxcie Bluetooth headset — a head-mounted camera that connects with your smartphone. 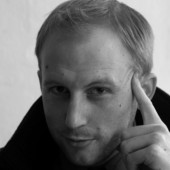 Daniel Keogh is a science presenter and film-maker. His work has appeared on ABC TV’s Hungry Beast and Catalyst, Radio National’s Science Show, Health Report and Download This Show and online as part of National Science Week. He specialises in taking science research out of the library and into the real world through self-experimentation, animation and creative storytelling.