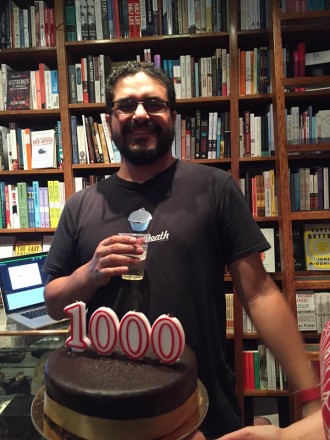 On the 26th of February, my blog, Science Book a Day (http://sciencebookaday.com) celebrated featuring 1000 books since it started on June 1, 2013. SBAD was a project I started with the objective of engaging more people in popular science books. I thought that I would feature a book each day, linking to reviews, videos and the author/illustrator/editor of the book.

On the 11th of March, I celebrated this achievement with an ASC Victoria event at Embiggen Books in Melbourne’s CBD. A small group turned up and we feasted on sushi and champagne and I got the opportunity to share some of the adventures I’ve been on with my little blog and the realities of attracting attention to a science blog and maintaining an audience. 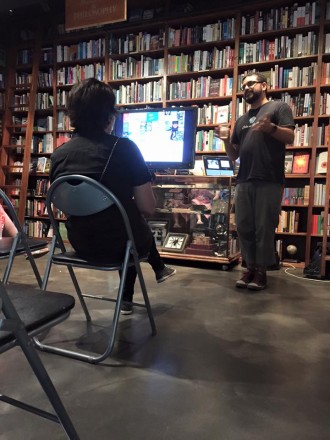