Thanks to Joan Leach for the President’s Update.

ASC sending members to the Freelance Focus Conference—follow them on twitter!

ASC members attended the Walkley Freelance Focus conference http://www.walkleys.com/freelance-focus/ on the 5th and 6th of August. The program was stellar. We asked Daniel Oldfield, Ian McDonald, and Tara Roberson to tweet from the event and write up their ‘top freelance tips’ from the conference — you can find them below in this issue of Scope. In the meantime, check out #FreelanceFocus and you may want to follow ASCers below to hear more:

We’re also keen to hear about other events nationally where we can send ASC members to build their skills and bring back tips for the rest of us. We were able to give tickets to ASCers in the ACT, in Melbourne, and in Brisbane for this Walkley conference. Let us know if there is something going on relevant to ASC in your part of the country!

Our colleagues at AMWA (Australasian Medical Writers Association) are busy getting ready for their 32nd annual conference in Brisbane—I note more than one ASC member on the program. Check it out here:  http://www.medicalwriters.org/2015-annual-conference/.

At the end of June, the Commonwealth Government put out a consultation paper “Vision for a Science Nation” that responded to the Chief Scientist, Ian Chubb. ASC has welcomed these developments as the consultation paper goes some way to valuing the work that science communication and engagement does toward a “science nation.” Our response highlights the following issues:

I’ll keep ASC up to date with this process as it unfolds.

Thanks to Claire Harris for her run-down of the ASC/BIG science blogosphere team.

There is no doubt that the BIG Science Communication Summit provided a memorable experience for those that attended. And… for those who watched from afar via the EASELivestream and on social media (for example, using the hashtag #bigsci13 on Twitter).

ASC was proud to be a community partner with the Inspiring Australia, TechNyou and ScienceRewired teams and to be part of delivering the vision for the BIG Science Communication Summit. The event aimed to deliver an opportunity for science communicators to collaboratively discuss the challenges they face individually and collectively, and to develop solutions through engaging both before and during the event.

ScienceRewired provided an opportunity for six ASC members to have berths on the social media team – to drive discussion and debate – and to attend the event.

The super team of live bloggers (ok, yes I was one of them but hell, I’m going with super!) were encouraged to explore topics of interest and contribute Tweets, blogs, photo galleries. The ASC live bloggers also played an important part in reporting the happenings at the event, particularly the workshops, as they weren’t being live-streamed.

Kylie Sturgess, the Social Media Coordinator for ScienceRewired led us through the, at times for me slightly confusing, social media playground set up for the event. (I for one had some experience in Twitter, Facebook and blogs but Storify, live streaming… not so much.)

Kylie Sturgess actively podcasted, networked and blogged/Tweeted/photographed the event along with the team. She gathered some great stories on Storify.

I think I can speak on behalf of the team to say that Kylie was a bundle of fun and a font of knowledge on social media.

Apparently #bigsci13 trended on Twitter on both days for Brisbane, Melbourne and Sydney and we got feedback from attendees present and online saying they appreciated the contributions from the team.

@sciencerewired: Missed a session from yesterday? Didn’t see it livestreamed? Thanks to our Social Media Team, catch up at: http://sciencerewired.org/summit/category/blog/ … #BigSci13 This Tweet was Retweeted 14 times.

@DoUBelieveInDog: @sciencerewired Can confirm you are coming through loud and clear and amazeballs on the live stream #bigsci13  🙂 (Just need more #dogs!)

See some of the live bloggers’ contributions on one of the Storifys.

Check out some of the blog posts written by the team:

Thanks for a great experience and all your hard work ASC crew, Kylie and indeed all involved in the event. 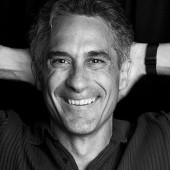 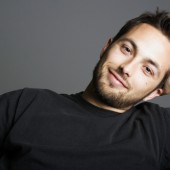 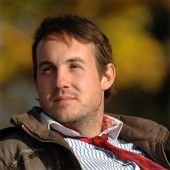 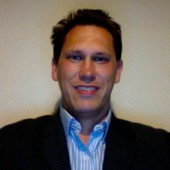