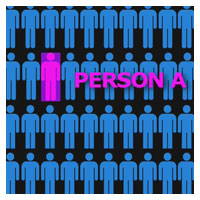 Providing jurors with carefully designed instruction prior to a criminal case involving DNA evidence improves their understanding of science and reduces the likelihood of a miscarriage of justice, according to research by ASC members in NSW.

A recent research project “Improving jury understanding and use of expert DNA evidence” (Goodman-Delahunty & Hewson, 2010) has shown that the less jurors know about DNA science, the more likely they are to be influenced by scientific evidence and convict.

This “white-coat syndrome” in which jurors place undue weight on scientific evidence is compounded by a “CSI effect” in which frequent viewers of forensic criminal television shows often have the lowest understanding of DNA science – but feel competent to use it.

Jurors in criminal trials in Australia are increasingly expected to hear and understand complex scientific evidence before considering their verdict. Unfortunately, only about two-thirds of typical Australian jurors have studied high-school mathematics and only one-third has studied any science at high school level. Juries are three times more likely to convict in identical cases where DNA evidence is presented.

This study exposed jurors to an 18-minute video instruction on both DNA science and the calculation of random match probabilities to improve understanding of DNA evidence and reducing the overall conviction rate. Jurors’ trust in DNA evidence declined as their knowledge of DNA science increased – they became more sceptical and empowered to be critical of the evidence.

The study also compared the efficacy of different instructional media and sources of scientific information.  Researchers examined the learning preferences of jurors prior to the case and then exposed them to either verbal or multimedia presentations, and also compared judge-led and prosecution-led scientific experts. Instruction presented by a DNA expert was perceived as more credible than judge-led instruction.

The researchers recommendations propose jury education programs which would equip jurors with relevant knowledge about complex scientific concepts, with increased use of visual aids in evidence and other legal proceedings to facilitate jury understanding.

Reports on the research and its recommendations (Improving jury understanding and use of expert DNA evidence and Enhancing fairness in DNA jury trials) can be accessed through the Australian Institute of Criminology.