The stars are out and shining tonight

Professor and Astronomer Ken Freeman will be dusting off the old suit for a meeting with Government officials, including the PM, in the Great Hall of Parliament House tonight when he receives a token appreciation for his work in the field of planets and stars and the discovery of dark matter. 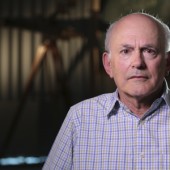 Professor Freeman is one of the winners of the 2012 Prime Minister’s Science prizes being announced at an award ceremony in Canberra tonight.

“……Head and shoulders above others in his discipline.”  says Professor Warwick Couch, Distinguished Professor and Centre Director, Centre for Astrophysics and Computing, Swinburne University.

“He deserved to win because [he’s built upon]…..a series of ground-breaking scientific achievements and discoveries made over the last 40 years.”

Dr Marc Duldig, President, Australian Institute of Physics commented about Eric May from the University of Western Australia who will receive the $50,000 Malcolm McIntosh Prize for Physical Scientist of the Year. 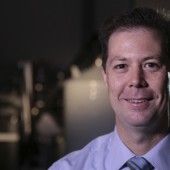 “Australia’s minerals and energy sectors are transforming our economy. We often forget that they don’t just ‘dig it up’ and ship it”, says Dr Duldig.

“….I’m delighted to hear that a physicist has received one of the Prime Minister’s Prizes for Science for his work in improving the efficiency and sustainability of liquid natural gas.”

Mark Shackleton from Peter MacCallum Cancer Centre will receive the $50,000 Science Minister’s Prize for Life Scientist of the Year. Mark’s work on breast cancer and melanoma is transforming our understanding of how cancers grow and resist treatment.

Prof Doug Hilton, Director of the Walter and Eliza Hall Institute of Medical Research has known Mark Shackleton for about 10 years. 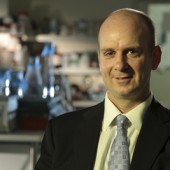 “He is a stunningly creative guy. He is that wonderful mix of a trained clinician—an oncologist—who has an absolute verve for research.

“He made some stellar discoveries on breast cancer at the Walter and Eliza Hall Institute as a PhD student, and then again with melanomas as a post-doc in the US and in his current position at the Peter MacCallum Cancer Centre.

“These are two of the most significant cancers for Australians. I couldn’t think of a better recipient.”

He will receive the $50,000 Prime Minister’s Prize for Excellence in Science Teaching in Primary Schools.

Anita Trenwith, science teacher at Salisbury High School, north of Adelaide, will receive the $50,000 Prime Minister’s Prize for Excellence in Science Teaching in Secondary Schools. She has created a unique program that makes science accessible to special‐education students.