Thank you to Christine Ross for sharing her experience at the PCST conerefence.

The first PCST conference to be held in Latin America focused on science communication for social inclusion and political engagement. As the ancient capital of Brazil and a former slave trading port, host city Salvador was a living, breathing reminder of the country’s colonial past. The contrast of a sometimes brutal history with the beauty and spirit of the predominantly Afro-Brazilian population was a perfect backdrop to the conference proceedings.

In a programme with many highlights, the stand out moments for me were other people’s experiences of the universal communications challenge; how to reach our most ‘difficult’ audiences. Difficult, or hard to reach, being defined by your particular topic or social problem.

Maybe it’s trying to explain birth control to a community whose dialect has no words for reproductive anatomy. Or provide role models in science for girls who have never seen anybody like themselves in a professional career. As Dr Elizabeth Rasekoala says, not many chemical engineers look like her.

And language matters. It influences access, ownership and how you get through. In some cases, not only are we speaking the ‘wrong’ language, we are also failing to comprehend a different world view. When we look up at the sky, you see stars in the daytime and I worry about being blinded by the sun.

Illustrating this point, Professor Yurij  Castelfranchi http://ufmg.academia.edu/YurijCastelfranchi discussed his work with indigenous communities more attuned to the environment than those of us whose senses have been numbed by ‘modern’ life may believe possible. Professor Castelfranchi notes that having data and theory does not mean that we can control the world around us or foresee events.  In my personal opinion, the compelling question for science communication is how do we reach those who by birth or culture or choice exist in an atmosphere outside of our own?  Of course, there is no generic answer.

Dr Suzette Searle focused on measurement, the eternal quest for practitioners and researchers alike. Presenting results from a recent survey of public engagement with science in Australia, Dr Searle revealed some intriguing findings, including just over half of survey respondents being unable to report a recent Australian scientific development.  Through the looking glass from New Zealand, Australia’s investment in research of this sort highlights the value placed on science in society at a National level. We are also watching for the outcomes of the Inspiring Australia project with interest. 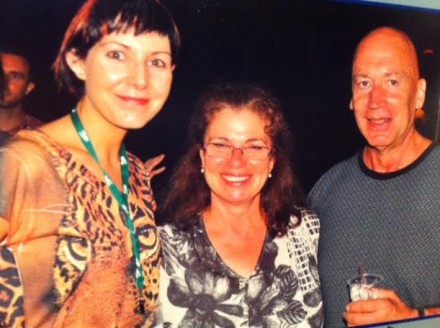 The conference organisers are to be congratulated on a substantial, stimulating and enjoyable programme, examining the theme from many different angles. As always, this event provided a forum to reflect and debate the issues of the day. Many will be looking forward to PCST 2016 in Istanbul.