Kali is fascinated by communication in all its forms, especially when it comes to group dynamics and collective efforts to transform worldview. She reckons science communication is one of the primary stomping grounds for important communication activities across the globe. She has worked in research, science and technology roles for the last twenty years and is currently ASC's Executive Officer and national Conference Director.
Location: anywhere in Australia with broadband internet access

Honorarium: $150 (+GST if you are registered) per issue, with the expectation of 11 to 12 issues produced per year.
Scope is the monthly online newsletter of the Australian Science Communicators (ASC), a network of 450 + professional science and technology communicators across Australia and overseas.

The current Co-Editors, Tara Roberson and Jessica Scholle, are resigning after 2 years and 3-4 months in the role*, so ASC is looking for a new Editor (or two co-editors) effective from the February 2018 issue (prepared in advance for sending to members on Wednesday 7th February). Tara and Jess will be available to handover to the new Editor/s to ensure a smooth transition into the role.The role includes the following activities:

The key selection criteria for this role are:

Applications are invited by email no later than 5 pm on Friday 15 December 2017 for the attention of Kali Madden (ASC Executive Officer) at: jobs@asc.asn.au

Please include a link to your current LinkedIn profile (and/or a current CV) along with a brief statement about why you think you’d be great for the role.

* Victoria Leitch also spent 2 years and 4 months in the role before handing over to Jess and Tara. Here is what she said about it.

is proud to offer the

Nominations are now open for the 2017 Unsung Hero Award of Australian Science Communication.

Previous recipients include Geoff Crane (2016), Kylie Walker (2015), Frankie Lee (2014) and Craig Cormick (2013). The award was launched by the 2011 National Executive and realigned from the previous ‘Unsung Hero of Science’ award (read some background here).

The criteria for nomination for the Unsung Hero Australian Science Communication are:

Note:
This award may be made to a candidate whose work is specifically in science education, promotion or communication in one or many fields where the science component of their work is highly significant.

Benefits of the award

Ideally, the award may assist the recipient in their work, for example by publicising a difficult issue or by recognising that they have been a ‘lone and unpopular voice’ in spite of their scientific achievements being strong.

The award may also help a recipient to focus attention on their efforts or give them greater credibility and help them overcome adverse or unfair criticism.

Selection is based solely on the written information provided on the nomination form.

A selection committee of representatives from the Australian Science Communicators will assess all nominations and determine award recipients.

In some instances the selection committee may request further information before making their final decision.

The Australian Science Communicators reserves the right to make no awards should the judges consider that the quality of candidates does not warrant awards, or should the nominated candidate(s) not satisfy the selection criteria.

The nominator must be a financial member of the ASC, but the nominee need not be a member. The nominator should first consult with the nominee and referees to ensure the nominee is aware of, and gives consent, to the application.

Express your enthusiasm for the face of #scicomm, gain new skills and make a difference to the science communication community, who rely on the ASC as a trusted source of #scicomm news, views & opportunities

Location: anywhere in Australia with broadband internet access.
Honorarium: $1000 per annum, with the expectation of being available to provide a regular image refresh, user and technical support.

Job share will be considered if only part of this role is of interest to you. If you would like to do part of the role let us know, and maybe we can match you up with someone else.

The ASC website and email lists are crucial communication channels for the organisation and our industry. They present our external profile to the world as well as providing a resource to our members, a network of 400+ financial members and 2500+ subscribers made up of professional science and technology communicators across Australia and overseas.

All financial members of the ASC are eligible for full web authoring and list posting rights, providing direct access to the best #scicomm audiences in Australia.

In years past the website has been upgraded and improved and the lists maintained thanks to help from committed volunteers including an overcommitted EO. The ASC board has decided to create this new role of National Web Editor to ensure the public face of ASC is nurtured and supported in the years ahead.

The role includes the following activities:

The key selection criteria for this role are:

Applications are invited by email no later than 5 pm on Monday 17 July to: jobs@asc.asn.au

Please include a brief CV (two pages maximum and/or a link to a recent LinkedIn profile) and a statement addressing the selection criteria with relevant evidence along with contact details of two professional referees (one page maximum). Applications must be submitted in PDF or Word format (.doc or .docx). Candidates must be current financial members of ASC.

If you have any questions about the role, email Kali Madden, ASC Executive Officer at: office@asc.asn.au

Are you familiar with the much loved ASC FB group? An ASC committee attempted to close it down some years back when questioning the value, and not only would nobody leave, but more people kept arriving to contribute their #scicomm views, ideas, opportunities and more.

The ASC FB group is here to stay!

We are sorry to say that our resident ASC FB Group Moderator, Dr Dustin Welbourne, is moving on from the role as he finds himself spending less time there of late.

Dustin crafted the current group guidelines and has been an absolute pleasure to work with.

You can read the group guidelines here:
https://www.facebook.com/groups/auscicomm/

We are seeking a new group moderator to keep the guidelines working for all, and generally being the resident voice of reason in a usually well-behaved space.

To apply for the role, please email your application to office@asc.asn.au including a link to your LinkedIn profile and/or a current brief CV with a brief statement letting us know why you’d like to be involved and why you think the FB Group would benefit from your moderating input.

After a fabulous stint as the primary resident of @auscicomm, our much loved Paula Lourie is moving on from the role as her work commitments grow.

“I have really enjoyed managing the twitter account and seeing the followers grow. And it has been lovely being part of the wider ASC team. I have also really appreciated all your help and support along the way. Thanks for always being there to answer questions and give direction : )”

Paula’s advice for the next voice of @auscicomm:

“What would I say about looking after ASC twitter? That there’s lots of scope for growing both the audience and their engagement. That it’s a great role to take on if you want to learn more about twitter and social media management. That with a plan, it’s not too time intensive, just needs some organisation and scheduling. It’s what you want to make of it.”

To apply for the role, please email your application to office@asc.asn.au including a link to your LinkedIn profile and/or a current brief CV with a brief statement letting us know why you’d like to be involved and why you think @auscicomm would benefit from your input. Applicants must be current financial members of the ASC to be considered for the role.

Royal on the Park in Brisbane are offering a 20% discount on standard rooms to ASC2016 delegates if booked and paid by Monday, and 10% for the following 14 days.

…with some words from recent ASC2014 conference session chairs… 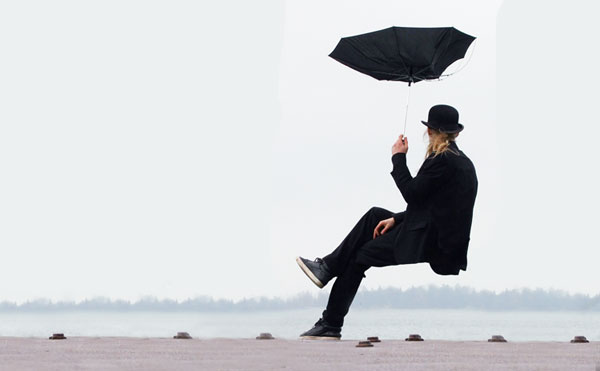 In the recent national conference for all those who make science accessible our session chairs had a lot on their plate.

As well as ensuring that more than five hundred delegates could move between over seventy individual sessions in a somewhat orderly fashion without stealing time from other sessions or from networking, they were also responsible for conducting each session in a way that delivered the greatest value to the gathered audience interested in the topic being discussed.

The role of a Chairperson can be traced back to the early development of procedure in parliament.

According to Robert’s Rules of Order,

“The distinguishing feature of the early parliaments was the fact that the barons of the Council were invited not only to express their opinions individually on matters laid before them by the king, but to discuss, with each other, the overall “state of the realm” —the business of “king and kingdom” rather than only “the king’s business”.
(see Introduction, xxxii)

The latter part of the sixteenth century through the seventeenth century “was a period of prolonged internal conflict over the Prerogatives of parliament—as opposed to those of the king—which stimulated an increased interest in procedure…” (see Introduction, xxxiii)

These early efforts to learn to rule democratically led to the development of a number of rules of order still in use by chairs today.

Points of order such as: ‘one subject at a time’, ‘alternation between opposite points of view’ and ‘refinement of the debate to the merits of the pending question’, help us to explore the “state of the realm” collectively with a view to discovering or creating new knowledge for the benefit of all.

Although our national conference is not exactly parliament, session chairs have a similar set of challenges.

We thought we’d ask three session chairs highly commended in recent conference feedback for a few pointers on how they do such a good job.

“The only two things I’d say is

“I think Will put his finger on the key issue: Timing. You need to agree with presenters before the session how long each will speak, in what order, when there will be questions and who will field them. Give signals (eg five fingers for five minutes left) to warn speakers when to stop.

Start on time, otherwise speakers are disenfranchised, and those who arrived on time are forced to wait.

Being human is a good idea, although it isn’t something I consciously think about. I will try harder.”

“I would say one of my main things is to prioritise content. I know I will always have a few things more than I can get through so I like to know in advance what I can chop when I start to run short on time.

I agree with Leonie’s strategy and if I can, discuss time limitations and signals with speakers beforehand.

Will’s recommendation is also important – stopping on time, although I find the ‘organic’ conversations may carry on. I normally try to signal the end of proceedings, formally wrap up and then let people continue to chat if they so desire.”

A big THANK YOU to all our ASC2014 Conference Chairs and Facilitators for volunteering their time and expertise to facilitate the growth of new knowledge fairly and collectively.