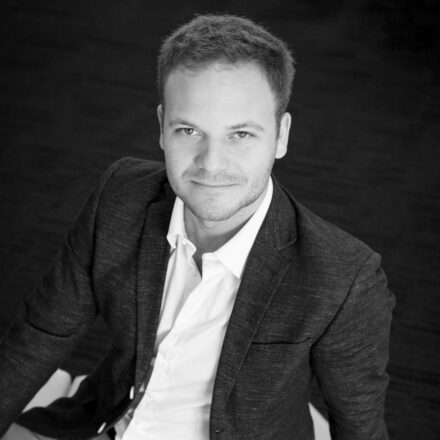 When I was 15, I learned how to scuba dive and I had a transformative experience during my first ever night dive. After descending into the spooky black waters, the guide gave me a signal to turn off my flashlight and wave my hands. So I did, and magic happened. The water started to glow. It was like floating in the middle of the Milky Way, but with the ability to play with the stars that surrounded me. The best part: it wasn’t magic! Rather, a well-known biological phenomenon called bioluminescence. It was the most beautiful thing I had ever witnessed in my life, and I was hooked. I was set to become a marine biologist.

During my PhD, I discovered how climate change affects fish and I wanted to make the public aware of my important findings. It was a matter of food security, after all. But how do you reach the public in this info-glutted world? Certainly not with peer-reviewed papers. That’s what pushed me to skill up in SciComm and produce my first ever animation. The success of this blew me away. All of a sudden, thousands of people from all around the world were learning about my research! I also racked up 3 awards in science communication along the way, but the best part was receiving messages from strangers saying “thank you for doing what you are doing”. Until that moment nobody had ever thanked me for my hard work… it felt amazing and this feedback accelerated my motivation. I realised that the world is not made exclusively of climate change deniers: there are nice people out there who value science and appreciate seeing researchers put in the effort to explain their work in an accessible way.  I treasure this experience because of how rewarding it was, and because it laid the foundations for my career in SciComm.

When presenting my animation and other outreach work at a scientific conference, I noticed a lot of interest. Various researchers said things like: “I really like what you did”, “I wished I could do the same… I just don’t know how to do it”, “I don’t have the time”. This made me realise that I could help these researchers and maybe, just maybe, even make a business out of it. So after handing in my PhD thesis I decided to give up on the academic career and get an ABN instead. What followed were some of the hardest but also most rewarding years of my life: an insane roller coaster of hard work, extreme highs and lows and a lot of rejections. But I pushed through and now I am proud to say that my baby Animate Your Science is thriving and has clients on 5 continents, including Antarctica! Yes, we are lucky to work with the coolest client of all — The Australian Antarctic Division (pun intended)!

At Animate Your Science we help some of the most brilliant researchers on the planet have an impact: this is what’s most exciting and inspiring. In doing so, we learn about the latest research in all sorts of disciplines, which keeps our work fresh and always interesting. One day we work on explaining new cancer treatments and the next we work on the hunting behaviour of electric eels. The work is delightfully diverse, yet always meaningful.

When I look back, I can boil down my career in SciComm to the moment when I told myself “sit down and make this first video. Just do it”. If I didn’t make that decision and acted on it, I would not be where I am today. So my advice for anyone considering a career in SciComm is to find your creative tools, make something and put it out there. Depending on your skills and interests it could be a blog, illustrations, animations, web design, graphic recording, whatever. Just do it. The important thing is that you create something and share it with the world. This will be unique to you and set you apart from other job seekers, who don’t have anything to show other than their degree.

The greatest challenge of all was getting traction in the first year in business and convincing myself that I wasn’t delusional. Starting a business is a battle with the market as much as it is an internal battle with your self-doubt. So many times I questioned my choices and just wished I had a “normal” job and a steady income. Luckily, I believed in my mission, vision and values and through perseverance, dedication and hard work, Animate Your Science eventually gained momentum and things got rolling. The ultimate validation came when I received an award at the Springer Nature Launchpad Meetup in Berlin. Seeing that this top scholarly publisher understood and valued my idea finally erased my self-doubt for good. The morning after the event, when I processed the magnitude of what just happened, I cried with joy.