Our Annual General Meeting will be held at 6pm on Thursday 14th November 2019 this year, at The Garden Leederville (742 Newcastle St, Leederville WA 6007). There will be food!

Please email ASC WA if you would like to:

You must be a paid member in order to vote, but everyone is welcome to come and catch up and contribute ideas. If you are a paid member and can’t attend, please email us or give a friend your proxy vote so that we can meet quorum!

The ASC AGM is coming up in Canberra (and also online) on Tuesday 19 December 2017.

The 2017 AGM is an opportunity for members to hear about the year’s events at the national level, and to have their say about what should happen in the year to come. It also includes reports from the President and Treasurer. 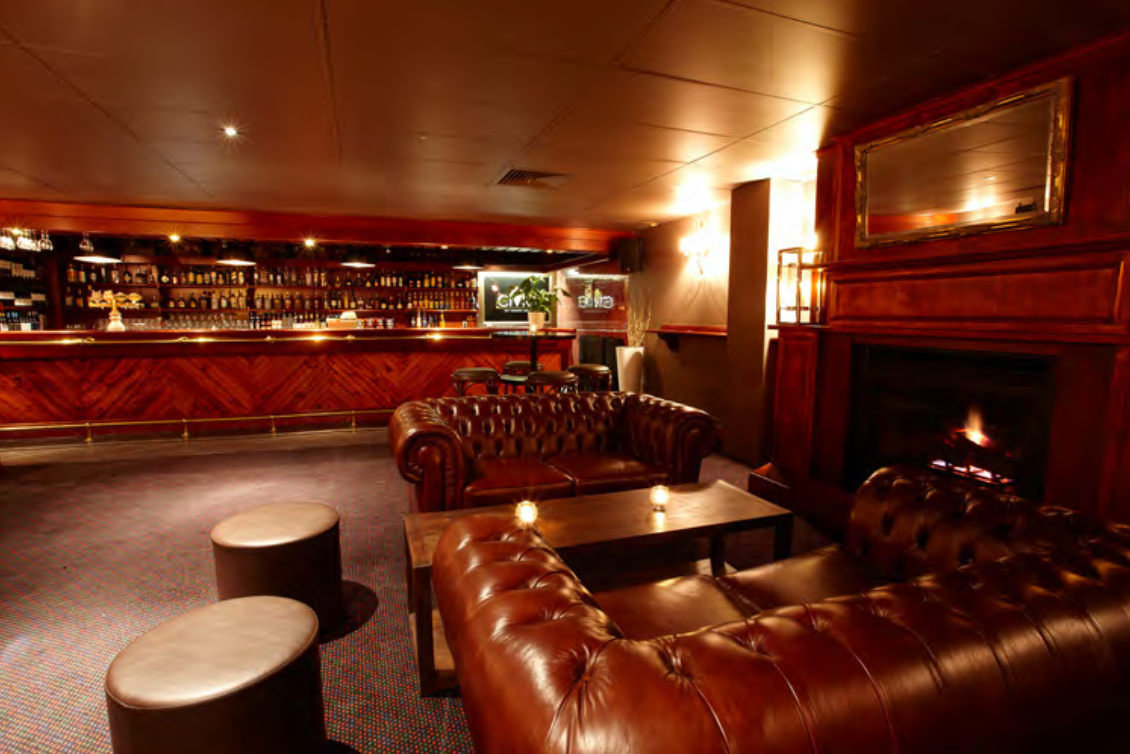 Whisky Room, upstairs at the Civic Pub, 8 Lonsdale Street, Braddon, Canberra ACT
Doors open at 6pm for a 6:30pm start. Food and drinks available. If in Canberra and coming to the pub, reserve your seat here: https://www.trybooking.com/TDXL (seats are limited!) May include: meeting, drinking, socialising, games, etc

Virtual:
A Skype (or other) meeting will be set up for those unable to attend in person.
We will also be able to Livestream the event. More details to follow.

Only financial ASC members are eligible to attend the AGM.

Proposed agenda items, notices of motion and treasurer nominations must be received by 6pm AEST Friday 8 December 2017, and can be sent to Teresa Belcher, National Secretary (secretary@asc.asn.au).

Members also have the chance to elect a new National Treasurer. Due to family commitments, our current treasurer Pete Wheeler is resigning after 5 years of service. We’d like to thank Pete for being such a stalwart contributor in the engine room of the ASC, overseeing the association finances and related compliance and reporting in times of change, and keeping the national executive up to date on all things finance during this time.
Nominations for Treasurer should be accompanied by a nomination statement (<400 words) of skills/experience in relation to the position. Note that notices of motion require a proposer and a seconder, and nominations for Treasurer need to be agreed by the nominee.

Members unable to attend the AGM in person can give proxies to other members attending the meeting. This means that unless members are at the physical meeting in Adelaide, you will need to designate a proxy to vote.

To designate your proxy:

Please note that votes will remain confidential. All proxy forms will be collected and destroyed after the AGM.

The following items are current as of 22 November 2017:

This is the official notice of the Australian Science Communicators’ Annual General Meeting, to be held in Adelaide, South Australia on 22 February 2017.

The AGM is an opportunity for members to hear about the year’s events at the national level, and also to have their say about what should happen in the year to come. It also includes reports from the President and Treasurer.

Members also have the chance to elect a new National President. Proposed agenda items, notices of motion and presidential nominations must be received by Wednesday 15 February 2017 and can be sent to Sarah Lau, National Secretary (secretary@asc.asn.au).

Note that notices of motion require a proposer and a seconder, and nominations for President need to be agreed by the nominee.

Members unable to attend the AGM in person are able to give proxies to other members attending the meeting, or alternatively, send them to Sarah Lau, National Secretary. Instructions for nominating proxies and voting instructions will be circulated prior to the AGM along with the final notification of official business.

The following items are current as of 6 February 2017:

Australian Science Communicators is the national forum for science communicators and science journalists. We are independent from government and run by members, for members.

Going forwards, our mission is to:

In recent times, volunteer-driven associations like the ASC have come under pressure from growing operating costs and a greater need for regulatory compliance. Some have failed to overcome these challenges and have ceased to exist.

For this reason, throughout the past year we have invested a lot of time and effort into ensuring our finances and regulatory compliance are robust and up to date. Recently, this process came to an end and we have been given a clean bill of health after a professional audit and bookkeeping services.

Free of risk and uncertainty in these areas, the association has a strong platform on which to grow, but we do have some challenges to overcome.

This month the ASC executive, along with nominated representatives from state branches, met in Canberra for a special general meeting, a 2-day strategy meeting and our 2015 AGM. During these discussions we scrutinised the ASC’s operations, reworked the constitution and developed a strong plan for the future. I thank the branch and committee representatives for their time and energy in helping define the future of ASC.

However, our finances reveal that the ASC has been operating at a loss for some years, propped up by extraordinary and unsustainable volunteerism generating some profit from conferences.  We cannot continue to do this—it undervalues the ASC and the important work that our members do.  This means the cost of membership needs to increase for the ASC to be a viable association that can actually support branches and members.  We are still committed to our non-profit status, but it is illegal for non-profits to operate at a loss. We need to be sustainable and set the membership fee at a sustainable level.  So, as of 1 January 2016 the new membership fee will be $185.00 for members, $85.00 for students and associates.  We will honour current rates until then.

We appreciate that some members will be disappointed by an increase in their membership fees. But at this critical time for the ASC, we hope that the majority of members will choose to show their support by renewing their memberships and in so doing, help us to build a better, more sustainable and professional association that can deliver greater outcomes for professional science communicators and science journalists throughout the country. Of course, we would like to be thoughtful about our approach and we invite comment from members by emailing members@asc.asn.au.

Thanks to all for your ongoing support.

Thank you to Joan Leach for the President’s Update.

I’m very pleased to announce that the next ASC conference will be in Brisbane in March 2016. We have tried to tie in our next meeting with the World Festival of Science so that our members who are involved can make their travel dollars go further. Also, we hope that as the WFS announces its program ASC members might satisfy their curiosity at the festival and enjoy networking time with ASC members as well. Our venue and program will be announced shortly. But, circle that date and plan to be in Brisbane. We’re going to organise the 2016 conference into one packed day for ASC and break out events during the World Festival of Science. More news coming…

ASC is gearing up for its AGM and a SGM to consider the ASC constitution. If you have any queries you would like to put to me personally, please do so at j.leach@uq.edu.au. I’m also very interested to hear about colleagues who would like to join the executive of ASC so please get in touch if you’d like to get more involved.

Thank you to Joan Leach for the President’s update.

Season’s Greetings
It’s that time of year when every organisation needs to get in its AGM, settle its accounts, and clear its books! While this is not the most festive of activities, it does signal the end of the year and time for a bit of reckoning. I’m very pleased to say that the ASC is going very well indeed. We held the AGM at ANU CPAS (Centre for Public Awareness of Science) in the famed green couch room on the 5th of December. Some highlights from the AGM:
The year has ended on a very high note for me, though continued reports of cutting in the area of communications from many organisations is gloomy. I’ll address the ‘highs’ here and ASC will continue to try to tackle the lows by advocating for science communication at every opportunity. My ‘end of the year event’ was a science policy workshop run at the Academy of Science on the 5th of December.  You can check it out here. It was a rather incredible day where scholars, communicators, and policy-makers discussed some of the key features of using humanities and social research to effect policy and communicate effectively (spoiler: go to Cameron Muir’s talk about narrative; powerful stuff!). At the event, I was struck at the  number of science communicators in the audience and very pleased to hear sci comm concerns getting equal billing on the day. That day underscored for me the need for science communicators and this was clearly endorsed by the policy makers in the room.
I hope that everyone takes a bit of time out at the end of the year to recharge and connect with friends and family.  I look forward to starting afresh in the New Year.

This is the official notice of the Australian Science Communicators’ Annual General Meeting, to be held in Canberra, ACT on 5 December 2014.

The AGM is an opportunity for members to hear about the year’s events at the national level, and also to have their say about what should happen in the year to come. It also includes reports from the President and Treasurer.

When: Friday 5 December 2014, 6.00pm
Where: Physics Link Building, Building 38A at ANU (Ground Floor)
RSVP: via Eventbrite
Cost: free for ASC members (only currently financial ASC members are eligible to attend the AGM)

I am pleased to announce Associate Professor Joan Leach, from the University of Queensland and current ASC President, has been nominated for the role of ASC President in 2015. Read Joan’s nomination statement.

Members unable to attend the AGM in person are able to give proxies to other members attending the meeting. This means that unless members are at the physical meeting in Canberra, you will need to designate a proxy to vote.

To designate your proxy:

Please note that votes will remain confidential at all times. All voting instructions and proxy forms will be collected and destroyed at the conclusion of the AGM.

Missed the ASC conference? Haven’t yet caught up on all your podcasting? Join your ASC Vic colleagues and share the best bits of the conference together.This is your chance to continue discussions started at the conference, chat to your fellow ASC Vic members and have a say in the ASC Vic branch committee.

END_OF_DOCUMENT_TOKEN_TO_BE_REPLACED

The south east Queensland AGM will be happening 27 Feb 2014.